On International Women’s Day, women call on community businesses to band together for services, security, and resistance

A group of women convened in Alexandria on Wednesday to launch “Hate Free Virginia” and lift up the urgent safety and security needs of the communities being harassed with hate speech or under attack at the hands of law-enforcement agencies, white supremacy groups, and more. The “Hate Free Virginia” campaign is a response to the climate of harassment and hate that had been present before November but has accelerated since the November presidential election. seeks to increase for services and security for targeted communities, resist and challenge the structures that are stoking fear in these communities.

On International Women’s Day, members and allies of New Virginia Majority, and sister organization Tenants and Workers United - Inquilinos y Trabajadores Unidos rallied and marched to neighborhood businesses to raise awareness and condemn the hateful xenophobic climate that has been on the rise since the presidential election in November.

"I am here to support “Hate Free Virginia” to stand with my brothers and sisters and to advocate for safety and security for immigrants," said Flor Chavarria of Alexandria, who's called Virginia "home" for over 25 years. "As a mother I refuse to allow my children or anyone else’s children to live in fear and be harassed because they believe differently or look differently or come from a different country. They don’t deserve that. 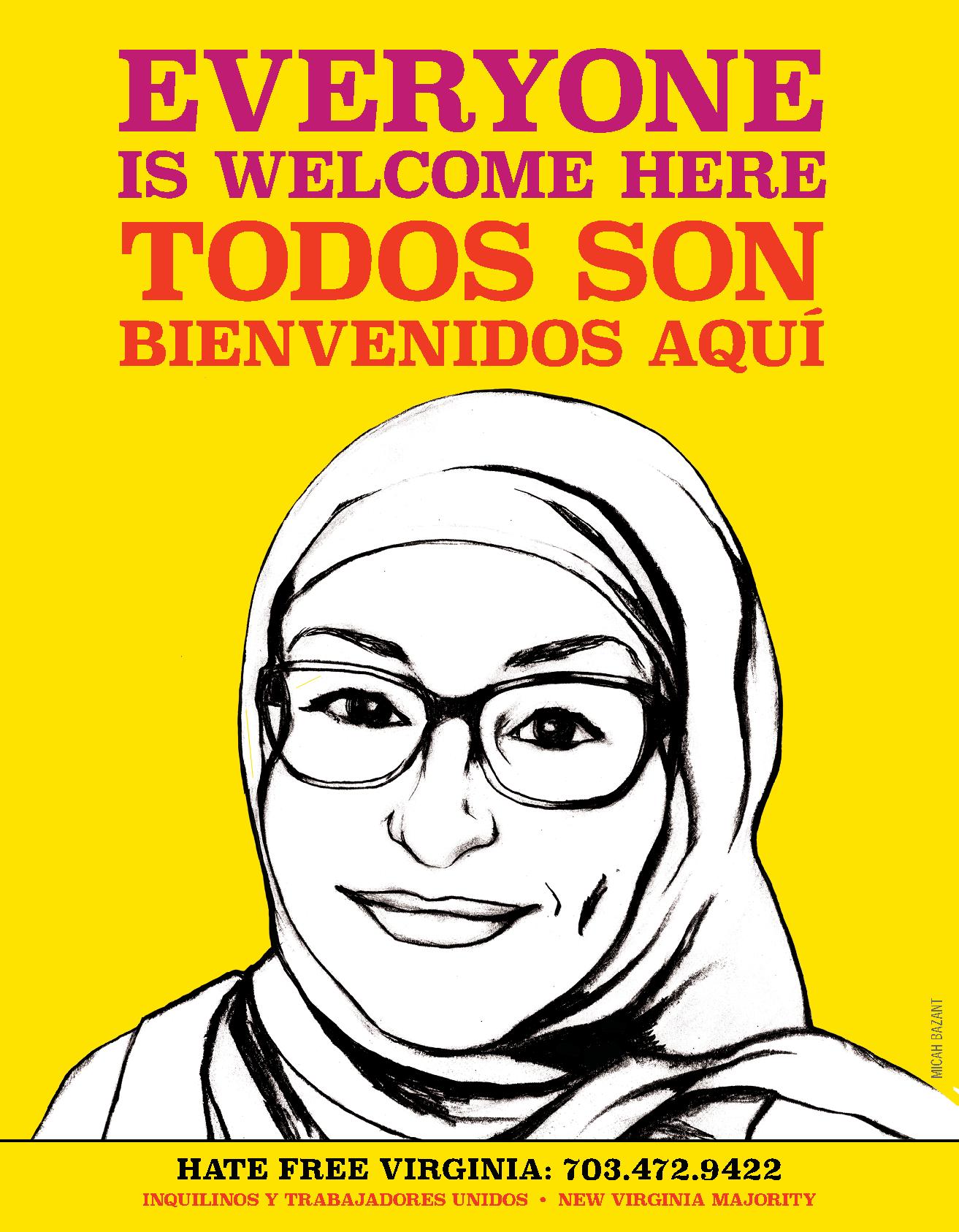 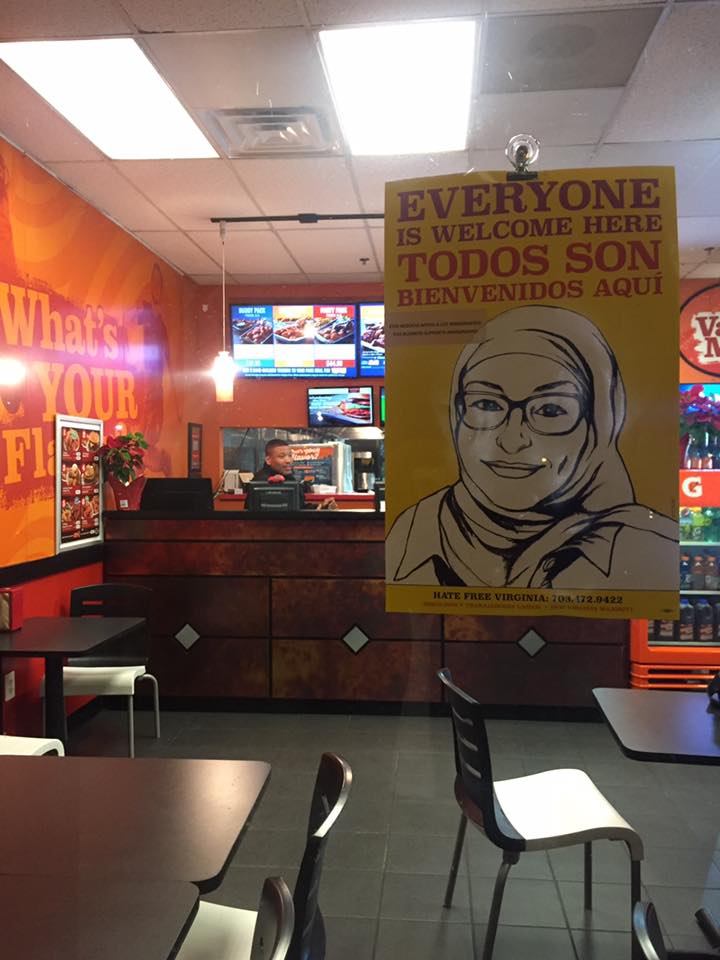 “Immigrants and people with all different backgrounds and beliefs keep me in business, they put food on my table, they are my sisters and brothers, said local business owner. “I will proudly post their graphic on my storefront so everyone feels welcome and knows that hate-speech and xenophobia will not be tolerated in my place of business.”

Working-class women, people of color, Muslims, Latinos, LGBTQ people, families, children, and more call on churches, businesses, allies, and other community members to organize together to offer services and sanctuary to those most directly affected by the climate of hate, and to resist the normalization of these attacks in law-enforcement and other institutions.

“Here in Northern Virginia, more and more people are starting to understand that to stand for justice for Muslims, to defend immigrants, to fight for workers, to stand by formerly incarcerated people, to speak up for LGBTQ people, and more, we can no longer isolate our activism and win the changes we need. We can no longer just worry about our immediate friends and family,” said Evelin Urrutia, Executive Director of Tenants and Workers’ United. “So many different people with different backgrounds are facing attacks -- but we face the same hate. We have to come together in if we want to truly protect ourselves and resist.”

New Virginia Majority and Tenants and Workers United will continue to mobilize communities across Virginia to fight back the rising tide of hate against targeted group in the coming months with the “Hate Free Virginia” campaign. Members are determined to make sure any attempts to roll back progress are met with strategic resistance.

Tenants and Wokers United- Inquilinos y Trabajadores Unidos has organized for 30 years to build power, develop leadership and push for democratic control of community resources -- including housing, education and health care -- among low-income people, particularly immigrant communities in Northern Virginia and beyond.

New Virginia Majority builds power in working-class communities of color across the Commonwealth. We organize for racial and economic justice through large-scale political education, mobilization and advocacy around dozens of issues. We fight for a Virginia that is just, democratic and environmentally sustainable.